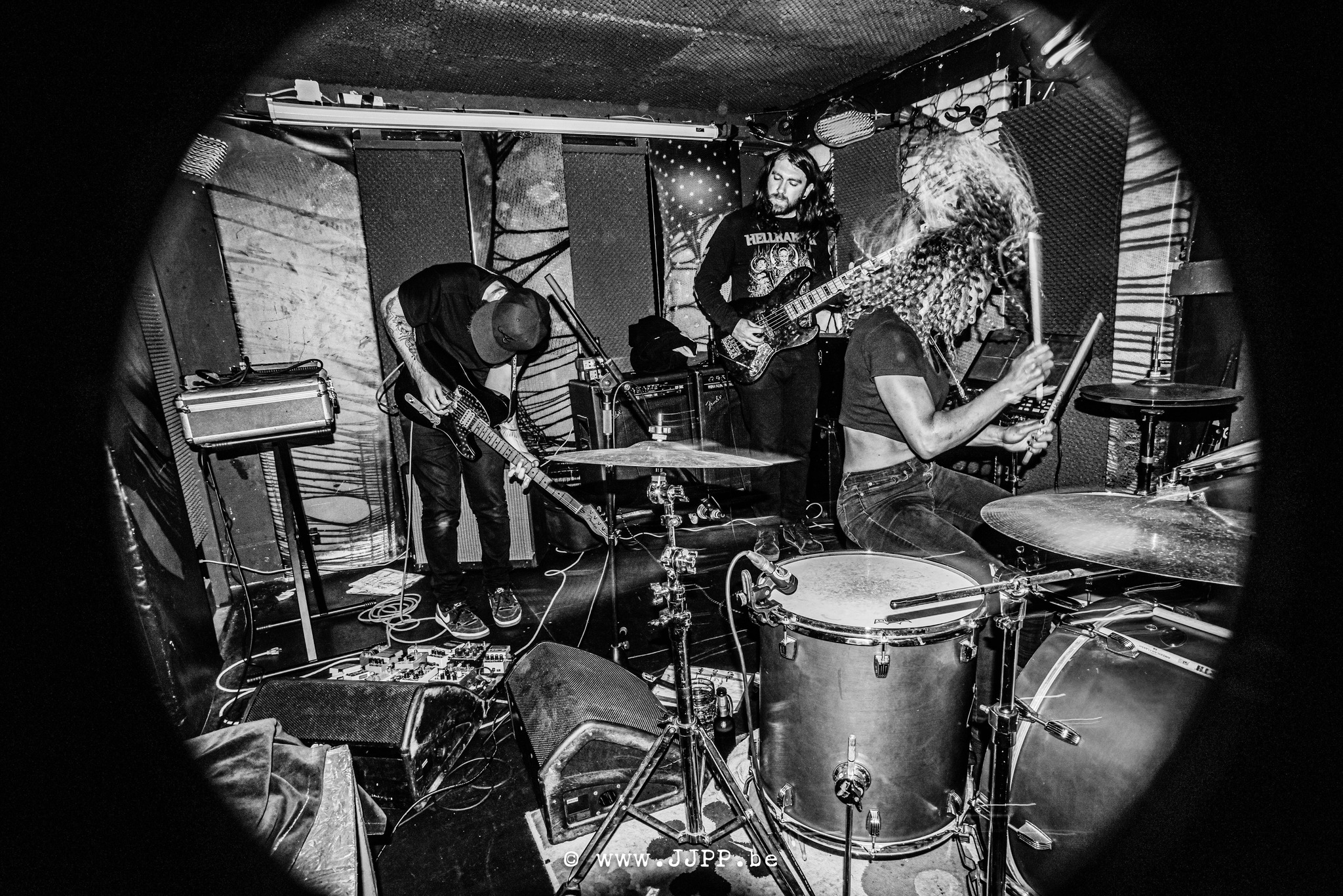 This project is an amalgamation of familiar faces of the Atlanta music scene laced with additional imported reinforcement. These humans have mutated into this trio after playing with bands for years. Now with extreme new flavor. Inquire within.

We use samplers and analog synths mashed with live instrumentation to pull influences from all things psychedelic.

The result is what you make it.

"It’s psychedelic, but it’s whatever the back of psychedelia that I know looks like – with so much sounding like a trip into space, by contrast this is a very concrete journey, fixed here in terra firma, now and again a refreshing break, like the whole piece is glancing upwards, yearning for that freedom, not realising that it isn’t even constrained. How is that even possible? Who is this band? What?! The dreamy guitar riffing at the end, is that success or defeat? Am I watching this music right?"

"[CHEW] invoke space age visions prone to explosions of electronic starburst mutiny that could have been made 50 years ago in an acid manufacturer’s garage... psychedelia's original no-holds-barred spirit alive and in very rude health."

"Atlanta trio CHEW never fail to go all out. Their music is marked by a boundless energy and an aggressive willingness to both genre jump and experiment with timing, pacing, and rhythm... like a poppier, less abstract Battles."

"For the uninitiated, CHEW describes their sound as “fuzz-laden psych” and their shows are anything but ordinary, evoking Tim-and-Eric style visuals and an energetic sound that will have you on your feet. The group has toured all over the United States, played some music festivals and have appeared on Adult Swim’s  'Bloodfeast'."

"Chew is a band best served live, with a grandiose stage presence that knows no boundaries. Lyrics are for chumps in a band like this, and they kept the audience enthralled and cheering during every bit of their wild, instrumental ride. They were magnificent to the millionth degree and, without a doubt, one of the best and most alluring damn bands on the planet."

"The band evokes the improvisational spirit of the psych rock of the 60s, and effortlessly weaves in complex arrangements similar to... King Crimson."
- Connect Savannah

"Last year, CHEW released the funky " A Fine Accoutrement " EP... and delivered pure madness. Now translate this into a new video. The massive title track is decorated with images reminiscent of the work of Flying Lotus. Very weird!"
- Reverb is for Lovers (Germany)

"Since releasing their 3D EP in 2016, the instrumental trio have utilized elements of math rock, jazz, and psychedelia to create a mishmash of enlightenment and chaos. “A Fine Accoutrement” is one of their more bombastic tracks, but even at its most dense, the cut remains bright and spontaneous."
- Immersive Atlanta

"With less than 10 minutes of music made public on the group's Bandcamp page, CHEW shows quite a bit of promise. The trio produces agile and fuzz-laden psych jams that veer into deeply heady territories, including everything from prog and acid rock to funk and downbeat."

"There’s a psychedelic core to CHEW... but that doesn’t come close to defining them completely — there’s also a lot of jazz, a lot of noise... a lot of drifting, ambient music, and even some hints of doom-y metal lurking in the background... all of which melds together into these strange, heavy, amazing, very cinematic little musical scenes. Guitarist Brett Reagan, bassist Brandon Pittman, and drummer Sarah Wilson have crafted a masterpiece of experimental, intelligent, murky music that moves like a freaking tidal surge, shifting and changing beneath your feet just when you think you’ve got your feet firmly on the rocks below."

"Further afield, Atlanta instrumentalists Chew deliver glitchy psych, heads-down riff rock and contorted prog on the terrific mini album A Fine Accoutrement (Stolen Body). They ramp up the spaciness on Crunchy, which ends with what sounds like a spaceship hovering in to land."

"A little less noisy are CHEW , but you can make the comparison to Lightning Bolt. Both bands put the drums in the foreground and with both bands very big artists are sitting behind the drums. Here it is Sarah Wilson, who performs insanity."

-Reverb Is For Lovers (Germany)

"Is there anyone out there who is still genuinely weird? The answer is yes, and their name is CHEW. Deep from within the heart of Atlanta, the funky trio stands out in a crowd of weirdos... the band oozes eccentricity in the most casual way."

"Chew haven’t been playing together for very long, but already the Atlanta trio has carved out a particularly strange sound that’s hard to pin down. On their accurately titled single “Melt,” for example, the band glide between spaced-out psych rock, glitchy electronic music and acid jazz in the space of five minutes without breaking a sweat."

“Their music can be as exasperating as it is exhilarating, and if you’re looking to pin them down to a particular genre, good luck. The band is just as likely to blast off into a cosmic prog rock jam as they are to abandon themselves to an acid jazz freakout or drift into a downbeat stupor. If you want to reach for an umbrella term, experimental certainly fits, although it’s not all that helpful in describing the sort of heady ruckus these three local vets create together.”

"...laden with heavy traces of psych funk and even includes a plethora of delicious, drone-like qualities... CHEW could end up being a band everyone will be talking about in coffeeshops and message boards by the end of the year"

"It's been a hot minute since I've talked to a band who had their shit together.

"It's over. You're finished. You can't possibly endure the power and fury of CHEW. Nope. No way. Riding a fiery wave of salubrious-rage-rock all the way from Atlanta, GA; these fuzzy-FFFreaks will cook you on a Sunday night and portion you out into tupper-ware for the work week. Like we said, you're done." 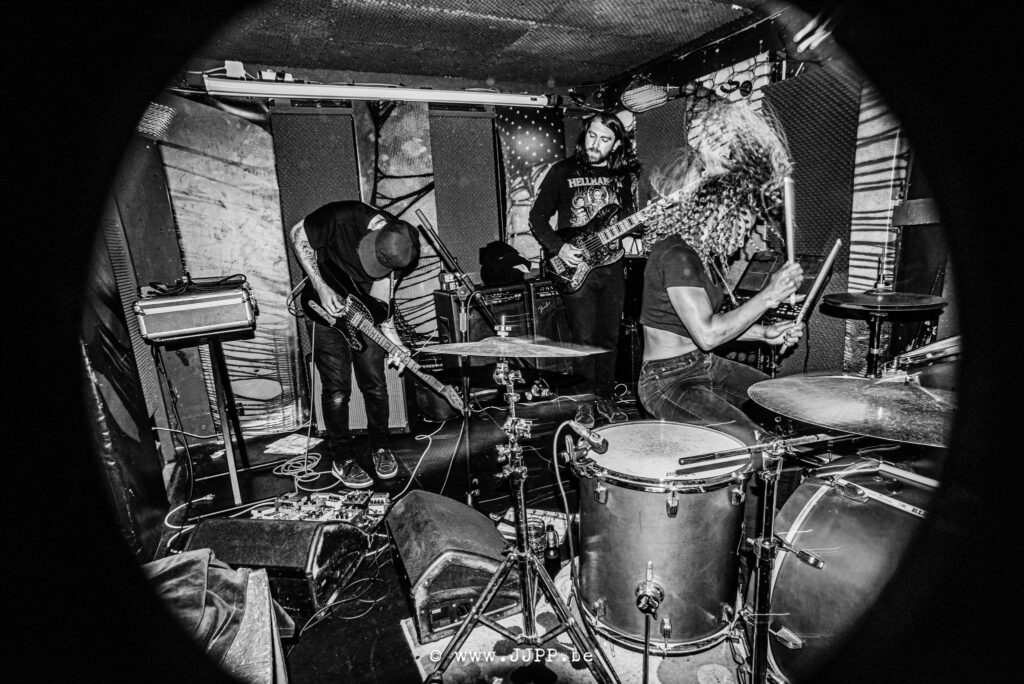 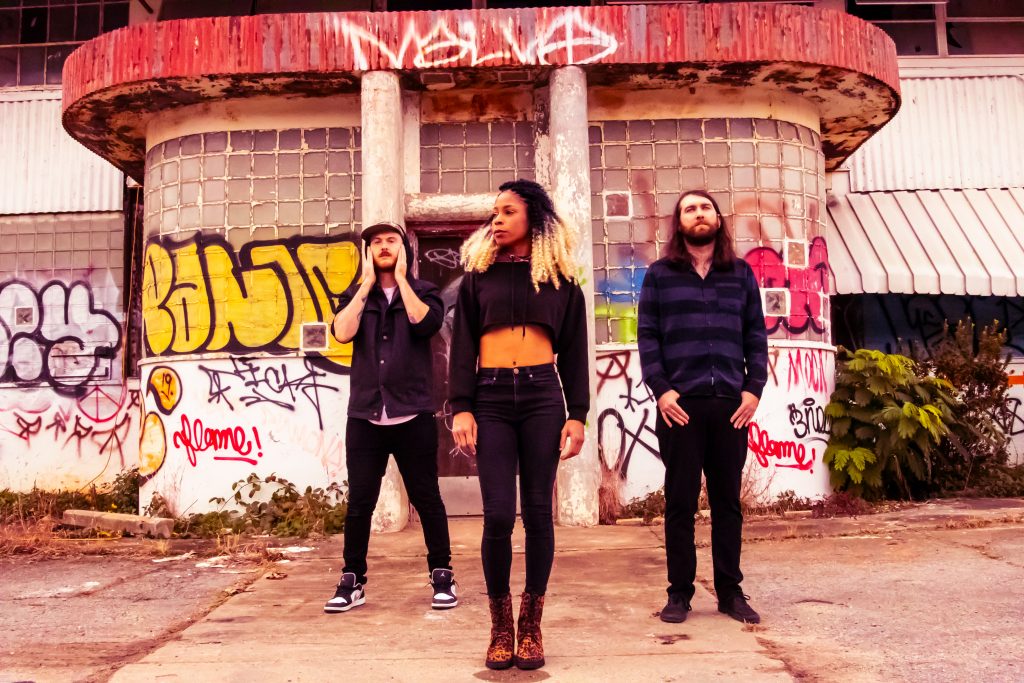 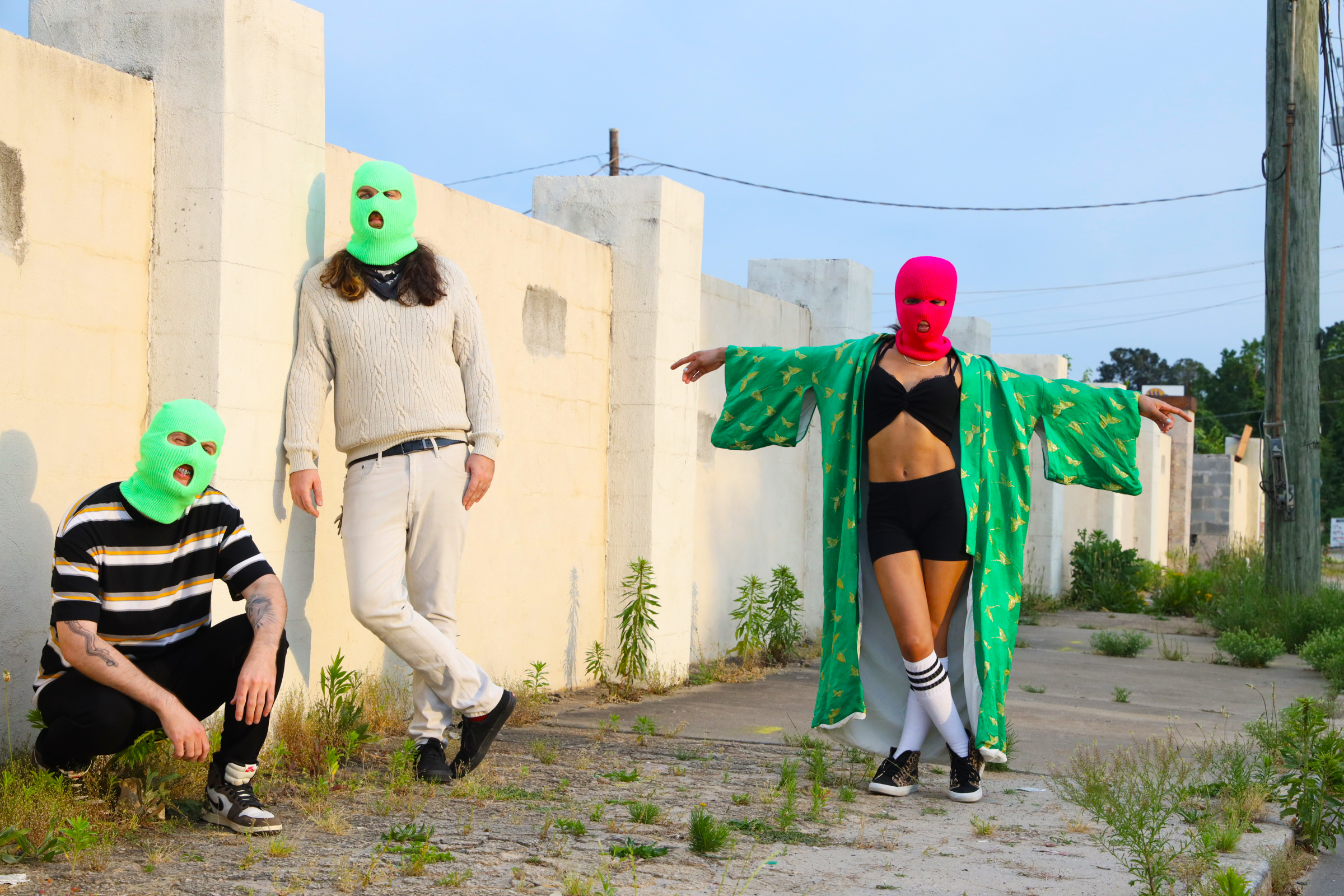 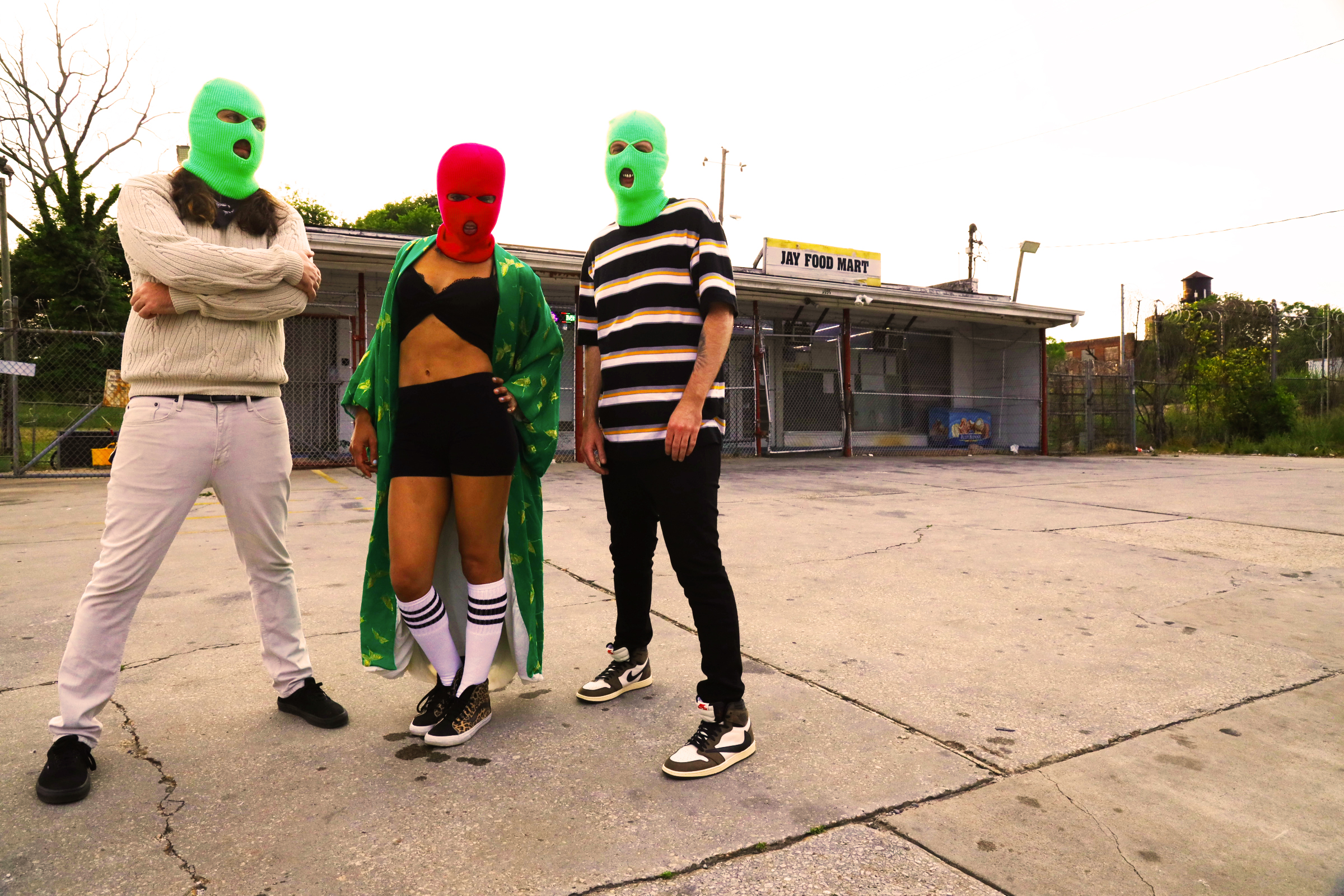 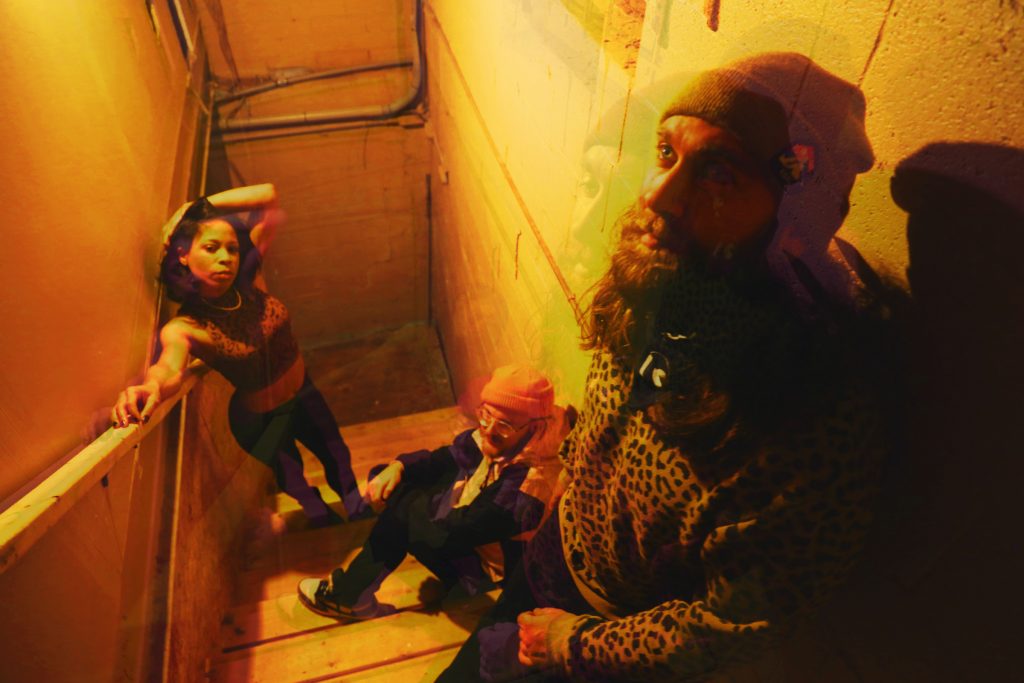 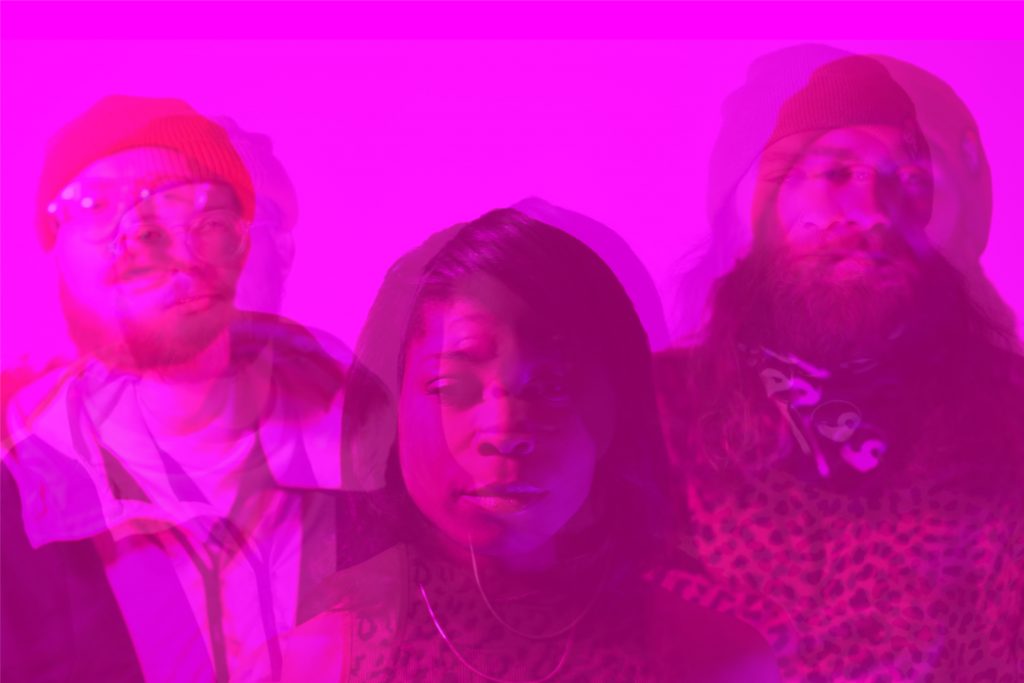